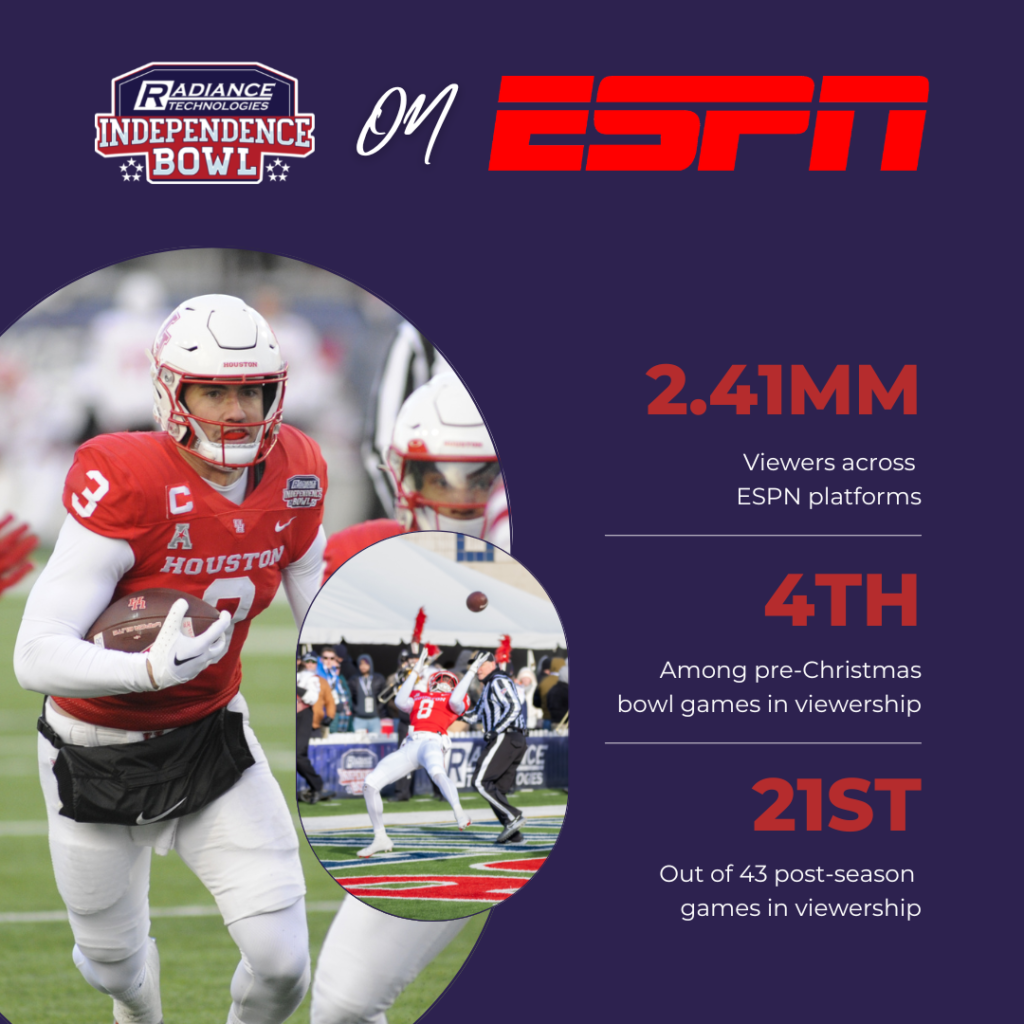 SHREVEPORT, La. (Jan. 24, 2023) – The Radiance Technologies Independence Bowl posted impressive viewership numbers for the second year in a row – welcoming 2.41 million viewers to the nail-biter between the Houston Cougars and Louisiana Ragin’ Cajuns on Friday, December 23, 2022.

With the game coming down to the wire and Houston eventually taking the lead in the final minute, viewers throughout the country were glued to ESPN to see the Cougars defeat the Ragin’ Cajuns, 23-16. The final count was 2,407,494 for the Radiance Technologies Independence Bowl – on an ESPN network for the 30th consecutive year.

The Radiance Technologies Independence Bowl – played on December 23 – ranked even higher among its pre-Christmas peers. It ranked fourth in viewership among the 17 pre-Christmas bowl games.