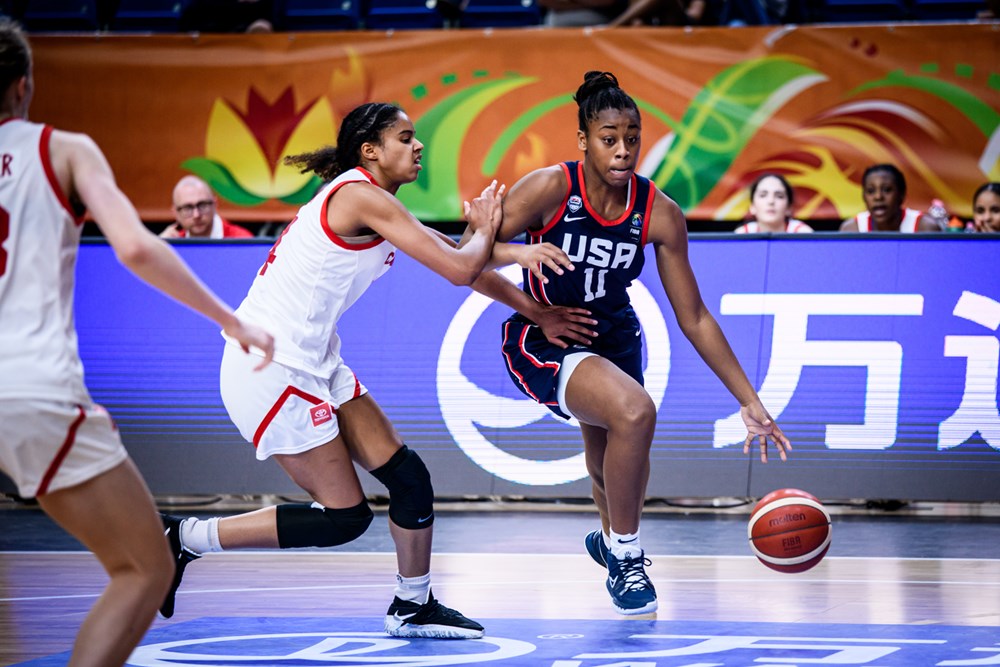 SHREVEPORT, La. (Dec. 7, 2022) – The Radiance Technologies Independence Bowl will honor a standout amateur athlete from the Shreveport-Bossier City area with the Carl Mikovich (mih-koh-vich) Sportsperson of the Year Award for the third time since 2014, as Parkway High School’s Mikaylah Williams will receive the award in 2022. She will be honored at the 46th Radiance Technologies Independence Bowl on Friday, December 23 with the award.

Williams is the No. 1 high school women’s basketball player in the nation according to AGSR, Prospects Nation, Jr. All-Star National Rankings and ESPN HoopGurlz. She is the headliner of the 2022 LSU signing class, which is ranked No. 1 in the country by ESPN. Williams is the reigning Louisiana Gatorade Player of the Year – a season in which she led Parkway to a 34-3 record and a state championship appearance while averaging 22.8 points, 8.0 rebounds, 3.7 assists and 2.2 steals as a junior.

“Mikaylah is an incredibly special student-athlete,” said LSU women’s basketball head coach Kim Mulkey after Williams signed her letter of intent to LSU on November 9. “Being from North Louisiana, Mikaylah chose to stay home and compete for championships as a Tiger. Her immense talent, combined with her unmatched work ethic sets her apart – making her the top player in the country. LSU fans you are in for a treat.”

While being a Louisiana and national star, Williams has also enjoyed tremendous success on the international circuit as a three-time gold medalist with Team USA. On the summer circuit in Hungary, she was an integral part of Team USA who won the FIBA U17 World Cup and the FIBA 3×3 U18 World Cup. The six-foot guard was named MVP in the latter.

“She’s a top-notch kid raised by great parents, and it’s bred in her. She communicates with her teammates on and off the court. She’s just that kid.”

Mikaylah Williams will continue to take her career to the next level, as she will head to Baton Rouge to join the LSU women’s basketball team in 2023.

Williams joins golfers Sam Burns (2014) and Phillip Barbaree, Jr. (2015) as recent amateur standouts from the Shreveport-Bossier City area to be honored with the Carl Mikovich Sportsperson of the Year Award. Many of the greatest athletes and sports figures from Shreveport-Bossier City have been honored with the award – including NFL players Dak Prescott (2019), Morris Claiborne (2013) and Arnaz Battle (2002); professional golfers Hal Sutton (1983), David Toms (1997) and Burns; sportscaster Tim Brando (1992); and MLB players Todd Walker (1998) and Scott Baker (2007). Joe Delaney was posthumously honored as the Carl Mikovich Sportsperson of the Year in 2021.

The 2022 Radiance Technologies Independence Bowl will be the 46th playing of Shreveport’s annual college football bowl game—set to kick off on Friday, December 23 at 2 p.m. CT between the Louisiana Ragin’ Cajuns and Houston Cougars.

Public tickets are on sale now and are $30 for endzone bench, $45 for sideline bench and $65 for a limited quantity of sideline chairback seats. There are also a bevy of other ticket packages available—including group tickets, Family 4-Packs, Small Business Fan Packs and the exclusive Chairman’s Club. For more information on tickets to the 2022 Radiance Technologies Independence Bowl, visit RadianceTechnologiesIndependenceBowl.com/tickets or call the Radiance Technologies Independence Bowl office at 318.221.0712 or toll-free at 888.414.BOWL.

Fans can plan their trip to Shreveport for the 46th Radiance Technologies Independence Bowl at LouisianaTravel.com.

Established in 1976, the Radiance Technologies Independence Bowl™ is the nation’s 11th-oldest bowl game, and the 46th edition will be played on Friday, December 23, 2022 at 2 p.m. CT between the Louisiana Ragin’ Cajuns and Houston Cougars. The UAB Blazers defeated the No. 13 BYU Cougars 31-28 in the 45th Radiance Technologies Independence Bowl on Saturday, December 18, 2021. The Independence Bowl Foundation announced a one-year extension with Radiance Technologies – ensuring they will be the title sponsor through 2025. The bowl’s conference and team agreements, as well as the television agreement, also run through the 2025 season. Army West Point and BYU are slated to matchup against a rotation of the Pac-12 Conference, American Athletic Conference and Conference USA, which will be televised on an ESPN network.