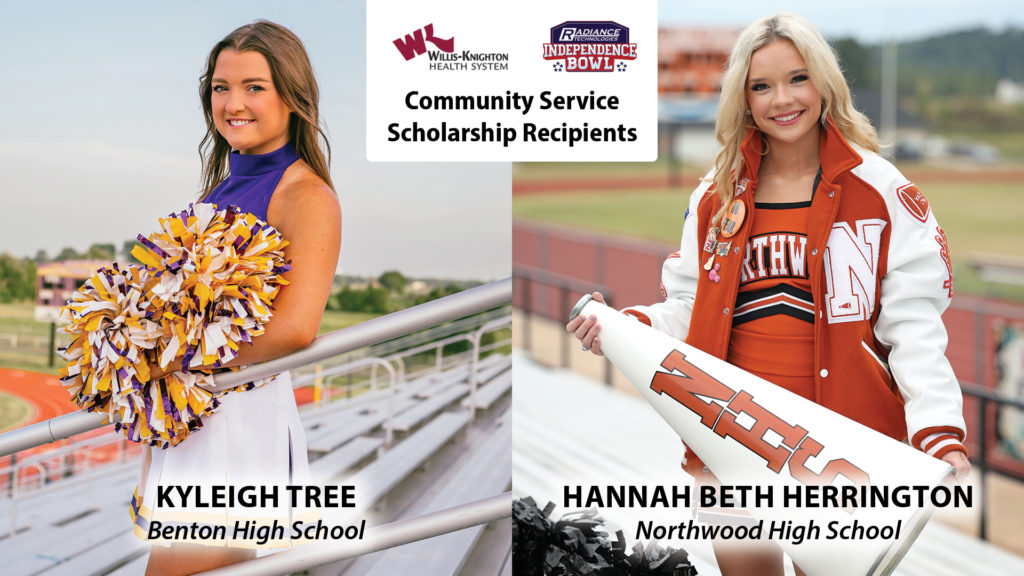 SHREVEPORT, La. (Dec. 2, 2022) – For 17 consecutive years, the Independence Bowl Foundation has partnered with the Willis-Knighton Health System to award two $2,500 Community Service Scholarships – one to a graduating senior from each of Caddo and Bossier Parishes, and the 2022 recipients of the Willis-Knighton/Independence Bowl Community Service Scholarship are Kyleigh Tree from Benton High School and Hannah Beth Herrington from Northwood High School.

The two recipients will be honored in front of Independence Bowl Foundation sponsors, officials and the two participating teams during bowl week at the Chairman’s VIP Reception. The annual scholarship has provided a total of $80,000 in scholarships over the first 16 years of the program – awarding scholarships to recipients from high schools throughout Caddo and Bossier Parishes.

“Working alongside Willis-Knighton to provide two local students with college scholarships is one of the most fulfilling things we do all year with the Radiance Technologies Independence Bowl,” said 2022 Independence Bowl Foundation Chairman Rob Rubel. “We receive so many high-quality candidates for this scholarship every year from high schools through Caddo and Bossier Parishes, and to be able to provide scholarships for 17 years running shows the commitment both the Independence Bowl Foundation and the Willis-Knighton Health System have for young people in our community. We are excited to honor Kyleigh and Hannah Beth during bowl week and help support their future.” 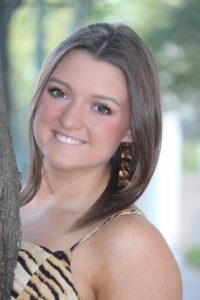 Kyleigh Tree from Benton excels in the classroom while also balancing an expansive extracurricular schedule. She currently has a 4.16 grade point average (GPA) and has been awarded numerous academic honors — including being named a member of the National Honor Society, Technical Honor Society, Honor Roll and the All-Academic Composite Swim Team. Kyleigh has been a prominent member of the Student Government at Benton High School and a leader in the National Beta Club.

Her impressive accomplishments are not limited to her smarts. Kyleigh has also excelled as an athlete at Benton. She has been on the varsity swim team all four years of high school and a varsity cheerleader for the last three years. Not only is she a member of those teams, but she is also a leader, as she has been the captain of both squads her junior and senior years. Tree has also been a member of the Fellowship of Christian Athletes throughout her high school career – including being on the FCA Leadership Team the past two years.

Being a community service scholarship recipient, Kyleigh truly understands the value of giving back to her local community. She has served numerous hours for a bevy of different non-profit organizations and events. The bulk of her community service came from her time working with Foster Closet Ministry, where she volunteered to help with clothing donations, as well as various events. The organization provides resources for Louisiana’s foster children and teens. The Foster Closet Ministry events Tree assisted with included back to school, Christmas, Easter and summer events. She plans to continue her service with Foster Closet Ministry in the spring of her senior year. 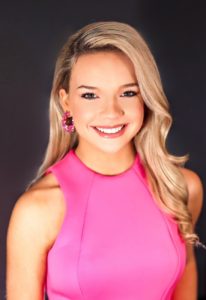 Caddo Parish’s representative for 2022 – Hannah Beth Herrington from Northwood – is an outstanding student, as she has a 4.2 GPA. She maintained her strong GPA while excelling in a number of different classes and programs – including AP U.S. Government; English I, II and III; Algebra I, II and III; Spanish II and others. She has been a member of the National Honor Society and Beta Club over the past three years, while also being heavily involved in the Student Council her entire high school career. Herrington has also very involved outside of school, as she has been a member of the golf team and varsity cheer.

Not only has Hannah Beth been involved, but she has been a leader at Northwood High School during her time there. She is currently the Student Council President and has served as Vice President and other leadership roles in the past. She is also the president of LASC District IX, and she is the current Varsity Cheer Captain. She served as the co-captain of the cheer squad her junior year. Her leadership skills have been present to many other groups and organizations throughout her time at Northwood High.

Hannah Beth has served over 10 hours for 10 different community organizations or events and over 100 hours for three different organizations – with work serving organizations such as LASC Summer Workshop, Louisiana Girls State, Alzheimer’s Association and the ARC Caddo-Bossier. Her work with LASC Summer Workshop helped research how to improve schools and communities. She also participated in the Alzheimer’s Association’s walk around Louisiana to find a cure for the disease. Her work has also found her packing bags for Geaux 4 Kids and volunteering at the ARC’s field day for their residents.

The 2022 Radiance Technologies Independence Bowl will be the 46th playing of Shreveport’s annual college football bowl game – set to kick off on Friday, December 23 at 2 p.m. CT. The matchup is slated to feature Army West Point against a team from the American Athletic Conference. The bowl also has backup agreements with Conference USA and the Sun Belt Conference.

Public tickets are on sale now and are $30 for endzone bench, $45 for sideline bench and $65 for a limited quantity of sideline chairback seats. There are also a bevy of other ticket packages available – including group tickets, Family 4-Packs, Small Business Fan Packs and the exclusive Chairman’s Club. For more information on tickets to the 2022 Radiance Technologies Independence Bowl, visit RadianceTechnologiesIndependenceBowl.com/tickets or call the Radiance Technologies Independence Bowl office at 318.221.0712 or toll-free at 888.414.BOWL.

Fans can plan their trip to Shreveport for the 46th Radiance Technologies Independence Bowl at LouisianaTravel.com.