Veterans of Operation Secret Squirrel to be Honored with 2022 Omar N. Bradley Spirit of Independence Award 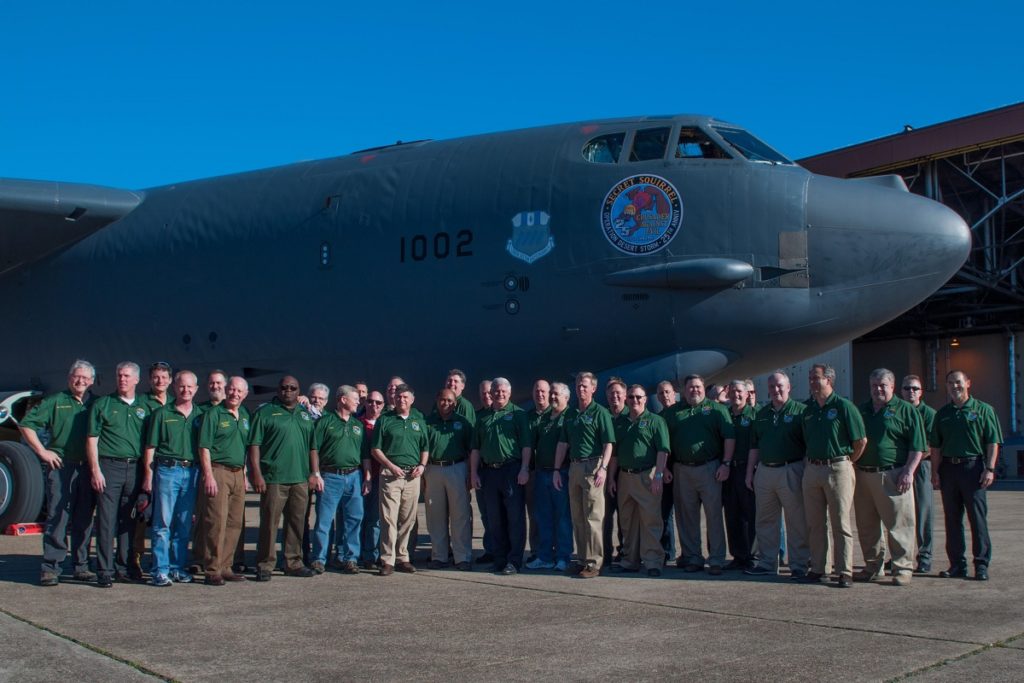 Twenty-five years after Operation Senior Surprise, aka “Secret Squirrel”, the aircrew members that kicked off Operation Desert Storm reunited on Barksdale Air Force Base, La. on Jan. 15, 2016. One of the B-52 Stratofortress bombers stationed at Barksdale is displaying the “Secret Squirrel” patch to commemorate the anniversary. This 35 hour mission was the first combat use of the Conventional Air Launched Cruise Missile (CALCM). (U.S. Air Force photo by Master Sgt. Dachelle Melville/Released) 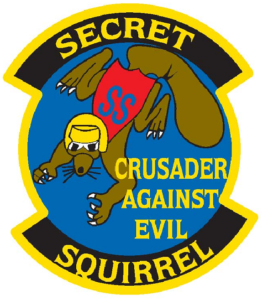 “Standing in awe of past honorees, the veterans of Senior Surprise – better known as Secret Squirrel – are humbled to represent all the Airmen who made possible our record-breaking flight which opened Operation Desert Storm in 1991,” said Warren Ward (Colonel, USAF, ret.) on behalf of the Senior Surprise veterans.

Operation Secret Squirrel was a long-range B-52G Stratofortess cruise missile strike against Iraqi targets that initiated the bombing campaign during the Gulf War in 1991. The mission took place on January 16, 1991 and was led by mission commander Lt. Col John Beard – who was also the commanding officer of Barksdale Air Force Base’s 596th Bomb Squadron. The operation is officially dubbed Operation Senior Surprise, but it was given the unofficial nickname of Operation Secret Squirrel by the B-52 crews because “we couldn’t say the real code name [“Senior Surprise”] out loud, and it had the same initials,” noted Maj. Steve Hess, chief weapon system officer for the unit.

Through the six months of August 1990 into January 1991, Operation DESERT SHIELD was put in motion as U.S. and coalition forces deployed to forward locations and prepared for the potential of military action to compel Iraqi forces to leave Kuwait.  Through those six months, Airmen from the 596th Bomb Squadron at Barksdale Air Force Base, Louisiana prepared for a top-secret mission. On a rainy morning, Wednesday January 16, 1991, seven B-52Gs from that unit thundered down runway 15 and climbed eastward destined for targets deep inside Iraq. The Air Force Core values of Integrity, Service and Excellence melded with six months of intensive training enabling the Airmen to meet United States’ national direction and set these aviators on a course to make combat aviation history by opening Operation DESERT STORM.

Iraq’s electrical grid and communications nodes were among the targets, and the raid was ultimately pegged as having achieved between eighty-five and ninety-one percent of its objectives – making Iraq “blind and deaf.” CJCS Gen Colin Powell stated in an early press conference, “first we will make them blind and deaf, and then make them lose the will to fight,” so the Senior Surprise veterans view themselves as that all-important part of the opening hours of the campaign.

The crews were under strict orders not to discuss the mission, which would not be officially acknowledged until exactly a year later. Only then could they discuss the mission and show off the Air Medals awarded for their historic and “unprecedented demonstration of Global Reach, Global Power.”

“Approaching the 32nd anniversary of this historic mission, the Senior Surprise veterans are proud to have had the opportunity to execute this strategic mission and stand in the gap to protect freedom for all Americans while liberating our ally Kuwait from Iraqi oppression,” said Ward. “Today, the United States Air Force wields the free world’s only arsenal of long-range strike capabilities which are foundational to America’s national security, and we are strong proponents for maintaining credible global strike capability.

“We are honored to receive the 2022 General Omar N. Bradley Spirit of Independence award.  We salute all American warriors who have sacrificed since the birth of the nation to secure 246 years of freedom.  We pray God’s protection for American warriors from all branches of service currently serving ensuring our sovereignty for the future.”

There were 57 airmen that manned the seven bombers during the 35-hour, 14,000-nautical mile flight. It was the longest combat mission in aviation history at the time – surpassing the previous record set by the Vulcan bombers of the Royal Air Force during the 1982 Falkland’s War in the South Atlantic. The record stood until 2003 when it was broken by B-2s flying to Afghanistan.

Four of the 57 airmen have passed away since the mission, and during annual reunions, the Senior Surprise veterans conduct a solemn toast to remember their brothers. Of the seven B-52Gs flown in the mission, two survive to this day. “Valkyrie” is located at the Pima Air Museum in Arizona, and “El Lobo” is located at the Armament Museum outside of Fort Walton Beach, Fla.

The Omar N. Bradley Spirit of Independence Award was established during the bowl’s second year in 1977 to annually honor an outstanding American citizen or organization which symbolizes the spirit of freedom upon which the United States of America was founded.  General Omar N. Bradley, at the time the nation’s only living 5-star general, was the first recipient of the Spirit of Independence Award in 1977.