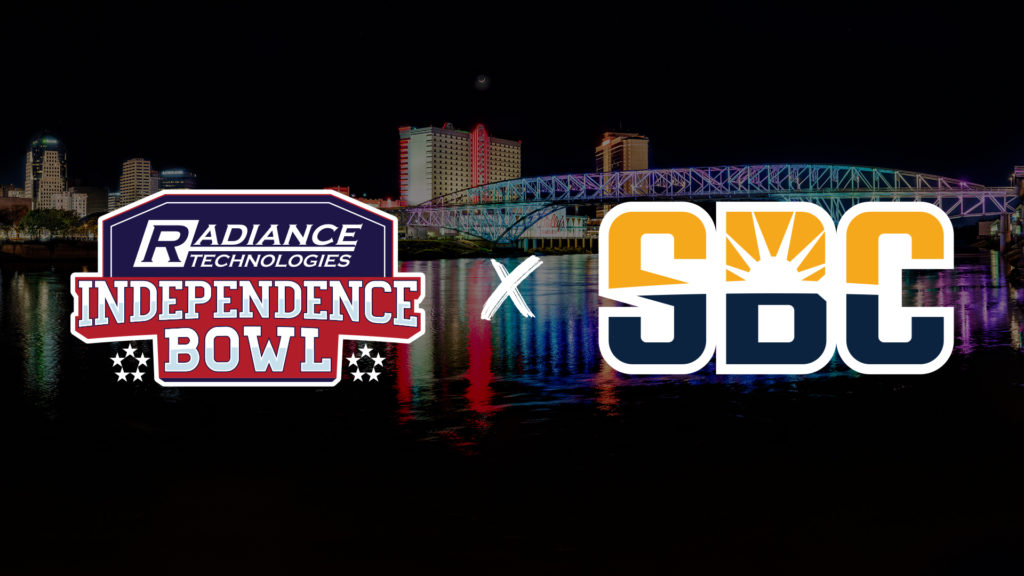 SHREVEPORT, La. and NEW ORLEANS, La. (Nov. 3, 2022) – The Radiance Technologies Independence Bowl and Sun Belt Conference announced Thursday that the bowl and conference have entered into a backup agreement, which will be in place through the 2025-26 Bowl Season.

“As the FBS leader in bowl winning percentage during the College Football Playoff era, we are excited to expand the postseason opportunities for Sun Belt football student-athletes,” said Sun Belt Conference Commissioner Keith Gill. “The Independence Bowl was a natural partner in this expansion, as one of the longest-running bowl games that also falls within our geographic footprint.”

The Sun Belt paces the FBS with a .649 bowl winning percentage during the College Football Playoff era since 2014. The conference has also had a team ranked in the final College Football Playoff rankings for three-straight seasons. The Sun Belt owns four victories over autonomy five programs this season—Old Dominion over Virginia Tech, 20-17; Marshall over Notre Dame, 26-21; App State over Texas A&M, 17-14; and Georgia Southern over Nebraska, 45-42.

The Sun Belt has been represented once previously in the first 45 years of Independence Bowl history, as the ULM Warhawks played in the 2012 Independence Bowl against the Ohio Bobcats of the Mid-American Conference. Southern Miss is currently playing their first season of football in the Sun Belt, but has appeared in the Independence Bowl three times prior to entering the conference—twice as an independent and once as a member of Conference USA.

There are two teams from the state of Louisiana currently in the Sun Belt—the Louisiana Ragin’ Cajuns and ULM. Other Sun Belt teams from neighboring states include the Arkansas State Red Wolves, Southern Miss Golden Eagles and Texas State Bobcats.

“We are proud to create a new partnership with the Sun Belt Conference as a backup agreement for the next four years,” said 2022 Independence Bowl Foundation Chairman Rob Rubel. “It is an exciting time for the Sun Belt and their footprint aligns very well with that of the Radiance Technologies Independence Bowl. We appreciate Commissioner Keith Gill and Senior Associate Commissioner Travis Llewellyn for working with us.”

ABOUT THE Sun Belt Conference

The Sun Belt Conference (SBC) has established itself as a leader among intercollegiate athletics leagues since its move to the Football Bowl Subdivision (FBS) in 2001. Founded in 1976, the Sun Belt now features 14 dynamic member institutions across 10 contiguous states and boasts broad-based excellence across its 18 sponsored sports, in the classroom and in the communities across the league’s footprint.