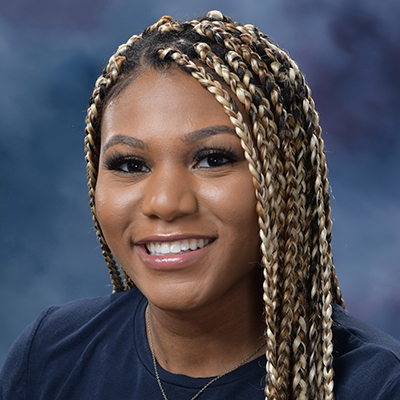 SHREVEPORT, La. (Sept. 12, 2022) – The Radiance Technologies Independence Bowl finalized the filling of open staff positions with the recent hirings of Avrielle Steward as Ticket Manager and Jeanne Billings as Director of Partnership Development.

Steward joined the Independence Bowl Staff as the Ticket Manager in July 2022 after serving as the Assistant Director of Revenue Generation at Louisiana Tech University. In that position, she oversaw Premium Sales and Service. Prior to working at Louisiana Tech, she was an Operations Assistant for the Greater New Orleans Sports Foundation and the R & L Carriers New Orleans Bowl. The Independence, La. native earned her bachelor’s degree in Sport Administration from Louisiana State University in 2018 and her master’s degree in Nonprofit Administration from Louisiana State University Shreveport in 2020.

Prior to joining the team, she served 13 years in the United States Air Force as a Missile and Space Electronic Maintenance Craftsman. During her assignments to Minot Air Force Base in North Dakota and Barksdale Air Force Base, Billings held positions of leadership directing the specialized maintenance for some of the nation’s most lethal weapons. As a Noncommissioned Officer, she earned positions as a Team Chief and manager of a mission essential analytics section. In the latter part of her Air Force career, she managed the Special Access Program Security Office for the 2nd Bomb Wing where she imposed safeguards and access requirements for Global Strike Command’s sensitive information.

Billings has earned a degree in Electronic Systems Technology and is currently working to complete a Bachelor Degree program in Homeland Security. She also holds program certificates in leadership and project management. Moving around with her parents who also served in the Air Force, she claims Gulfport, Miss. as her hometown.