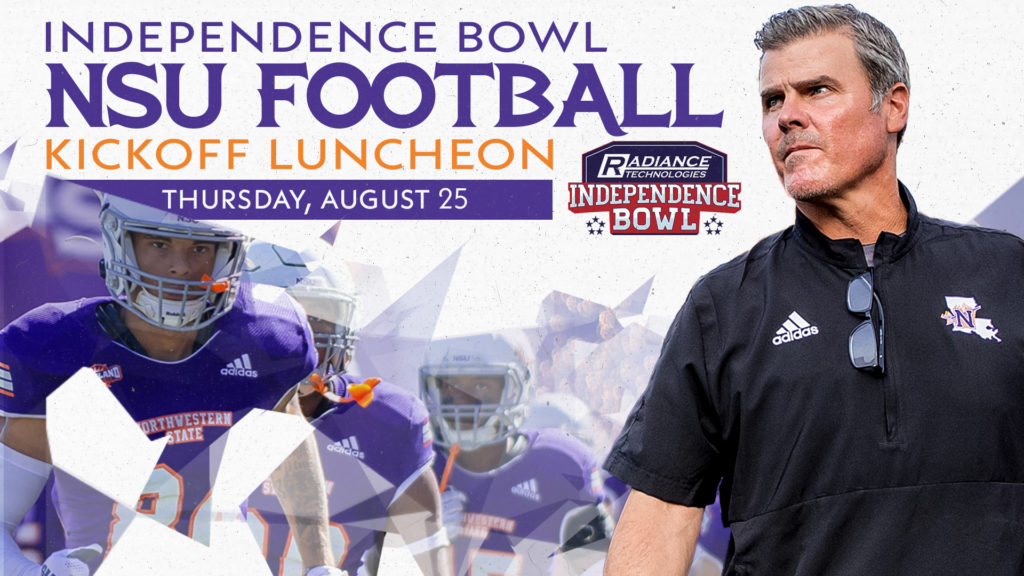 The 26th anniversary luncheon will begin at 11:45 a.m. and comes just nine days ahead of NSU’s September 3 season opener on the road against Montana. The luncheon is all-inclusive with a salad, plated meal and dessert, and will cost $20. Reservations are being accepted now through the Radiance Technologies Independence Bowl by calling the office at (318) 221-0712 or toll-free at (888) 414-BOWL, or by emailing Ann Crouch at ann@independencebowl.org. All payments will be accepted at the event, so attendees are asked to bring cash or check to the event.

“We at Northwestern State have always valued our relationship with the Independence Bowl,” said NSU Director of Athletics Kevin Bostian. “This event gives us another chance to meet some of our most passionate supporters in the Shreveport-Bossier City area face to face as we build toward the 2022 season. Personally, I look forward to experiencing this longstanding tradition for the first time.”