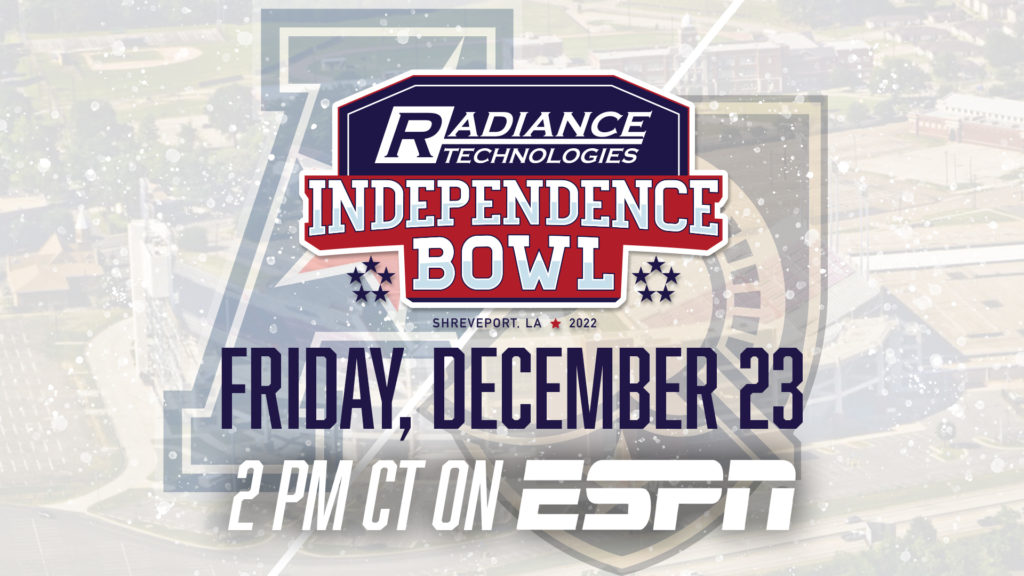 Army West Point and a representative of the American Athletic Conference (AAC) are slated to match-up in the mid-afternoon game on Friday, December 23. The Black Knights received three votes in the pre-season USA TODAY Coaches Poll that was released August 8, 2022. The AAC had two teams ranked in that poll – Cincinnati at No. 22 and Houston at No. 25. They also had two other teams receive votes – UCF and SMU.

“We are very pleased with this game time for the 46th Radiance Technologies Independence Bowl,” noted 2022 Independence Bowl Foundation Chairman Rob Rubel. “It provides the community a great opportunity to show out in full-force and enjoy a full day of tailgating, football and fun – as they have done for the last 45 years.”

Ticket prices for the 2022 game are the same as in past years, as the three main tiers are:

Endzone Bench and Sideline Bench seats will be available at RadianceTechnologiesIndependenceBowl.com/tickets/, while Sideline Chairback seats will be available to bowl sponsors and qualifying Independence Bowl Foundation Members. For more information on how to become a Foundation member and qualify to purchase Sideline Chairback seats, visit RadianceTechnologiesIndependenceBowl.com/membership/ or call the bowl office.

Group tickets are another ticket option available, and groups who purchase 20-or-more Endzone Bench seats will once again receive half-price tickets at the special rate of $15 apiece.

For more information on the 2022 Radiance Technologies Independence Bowl, visit RadianceTechnologiesIndependenceBowl.com or follow the bowl on social media @IndyBowl.

ON THE DOCKET – KICKOFF DINNER WITH KIM MULKEY

The Radiance Technologies Independence Bowl Kickoff Dinner is back on the schedule for 2022, as LSU women’s basketball head coach Kim Mulkey will be the featured speaker for the annual dinner on Tuesday, August 30 at 6 p.m. at the Shreveport Convention Center.