$4,468 Donated to Local Charities Through 1st & Give Flag Football Tournament 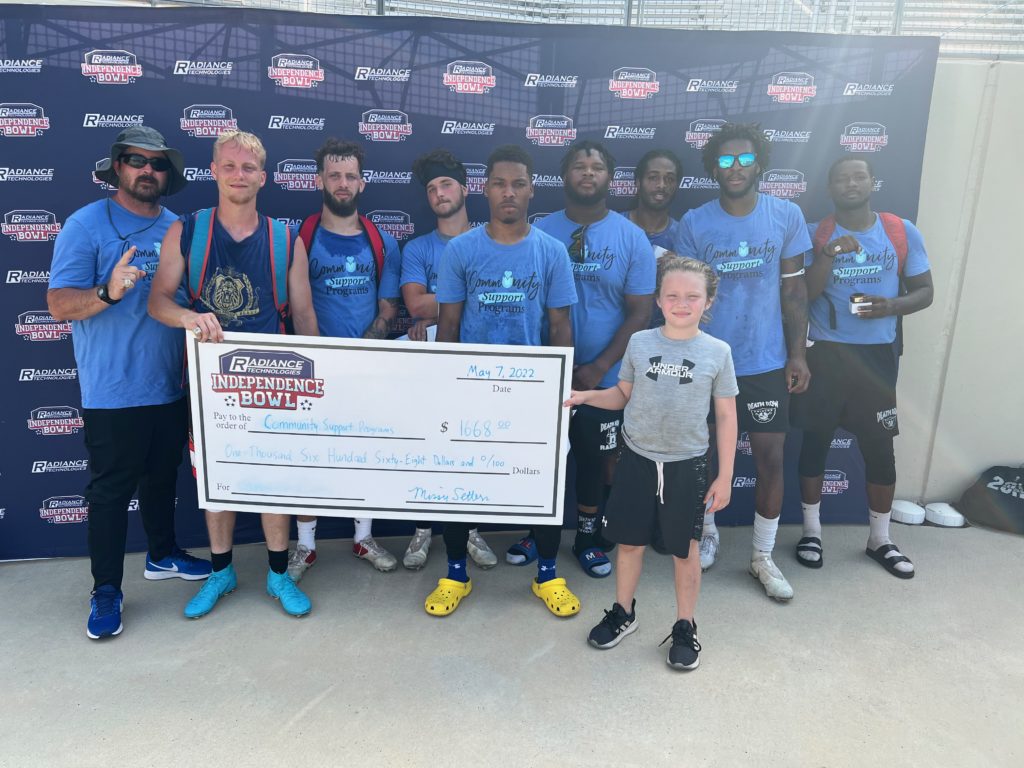 SHREVEPORT, La. (May 9, 2022) – The Independence Bowl Foundation hosted the second annual 1st & Give Charity Flag Football Tournament this past Saturday, and the nine-team tournament helped raise a total of $4,468 in donations for nine different 501(c)3 charitable organizations.

Community Support Programs brought home the title for the second consecutive year, and as a result, their organization received $1,668 in donations. Eight other teams competed in the highly competitive tournament – with each team playing on behalf of a different non-profit organization. Each charity was donated $350, which was the entrance fee for each team.

“In just the second year of this event, we are so proud of the progress we have made and more importantly – the impact we have been able to have on different charities throughout the area,” said Radiance Technologies Independence Bowl Executive Director Missy Setters. “The tournament grew by two teams this year with players of all different ages and backgrounds from 14-years-old and up, and we were able to give out almost $2,000 more in donations. We believe this event has tremendous potential, and we are excited for it to continue to grow so that we can give even more to local non-profit organizations.”