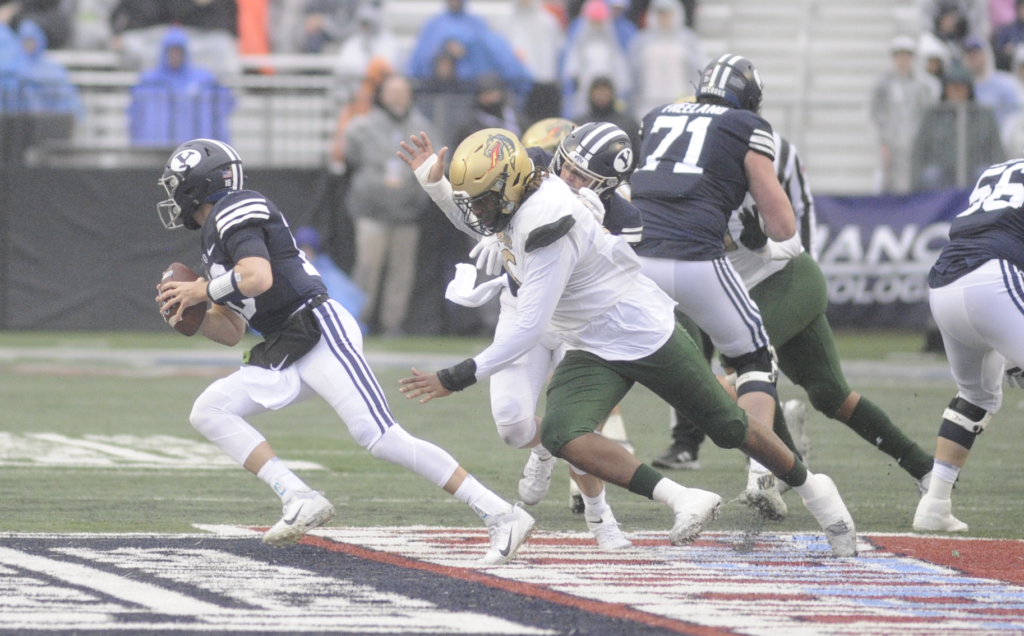 SHREVEPORT, La. (May 2, 2022) – One of the biggest annual offseason events, the 2022 NFL Draft, took place in Las Vegas this past weekend, and five former Radiance Technologies Independence Bowl players heard their names called during the seven-round draft.

Entering the weekend, 73 Independence Bowl alumni had been drafted in the first round of the draft over the bowl’s first 45 years, and that number will hold for one more year, as there were no former Independence Bowl players selected in the first 32 picks. Former Temple edge rusher Arnold Ebiketie just missed out on becoming the latest first round selection, as he was taken with the sixth pick of the second round and 38th overall pick by the Atlanta Falcons. Ebiketie appeared in the 2018 Independence Bowl for Temple prior to eventually transferring to Penn State after the 2020 season.

Two players were drafted during the second and third rounds on day two of the draft, while three more were selected from rounds five through seven on day three. The five players drafted in the 2022 NFL Draft as follows:

Allgeier had the best Independence Bowl performance off all the selections, as he ranks fourth in Radiance Technologies Independence Bowl history in single-game rushing yards (192 yards) and third in single-game yards from scrimmage (204). Wright had four total tackles in UAB’s upset win over BYU in 2021. Ford had three total tackles for Miami against Louisiana Tech in 2019, while Brown had five carries for 20 yards in 2018 for Duke. Ebiketie appeared in the 2018 contest for Temple but did not record any statistics.