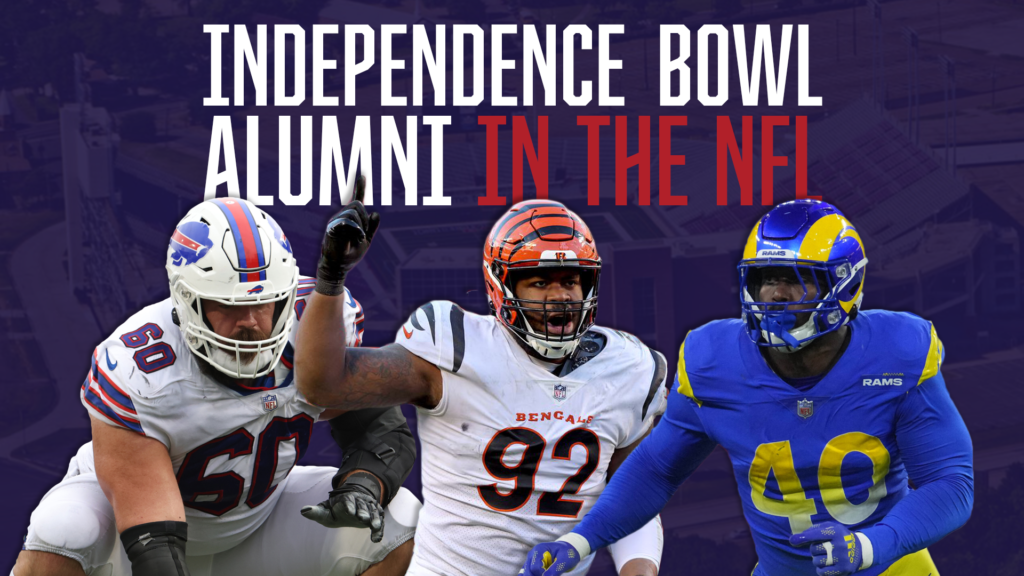 SHREVEPORT, La. – The National Football League’s (NFL) new league year started on March 16 – allowing free agents to sign across the league and teams to execute trades. In one of the craziest off-seasons in NFL history, former Radiance Technologies Independence Bowl players have cashed in during free agency to the tune of over $275 million.

The future Hall of Fame pass rusher played the first 10.5 years of his career for the team that drafted him number two overall in the first round of the 2011 NFL Draft – the Denver Broncos. After a mid-season trade shipped him to the Los Angeles Rams and brought him a Super Bowl LVI championship, Miller locked in the biggest Independence Bowl alumni contracts of this offseason.

Miller and the Buffalo Bills agreed to a massive six-year, $120 million contract, which paid the 33-year-old edge rusher $45 million guaranteed at signing. Over the first 11 seasons of his career, Miller has earned over $144 million, and by the end of this contract, he is scheduled to rake in over $264 million total for his career.

According to Pro Football Reference, Miller ranks 22nd on the NFL’s all-time sack list with 115.5 sacks. That ranks first among active players – leading Las Vegas Raiders’ edge rusher Chandler Jones by eight sacks. Miller played in the 2009 Independence Bowl for Texas A&M against Georgia, and the sophomore recorded four total tackles and 0.5 tackles-for-loss in the game. Miller is one of the 73 former Independence Bowl players to be selected in the first round of the NFL Draft – one of 19 first round selections in the past 10 drafts and one of 18 former Independence Bowl players taken in the top 10 of their respective drafts.

A total of 35 Independence Bowl alumni have signed contracts since the league year started on March 16 – with 10 players signing multi-year deals and seven players signing eight-figure deals. One player, former NC State defensive end Kentavius Street, signed with the New Orleans Saints but the details of his contract have not been released yet. The following is the list of players that have signed NFL contracts through March 31: