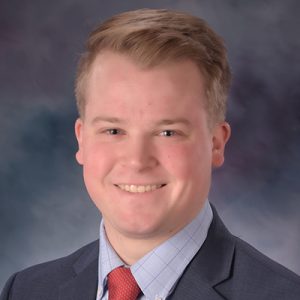 SHREVEPORT, La. (March 28, 2022) – After nearly four years as a member of the Radiance Technologies
Independence Bowl and Independence Bowl Foundation staff, Erik Evenson has been elevated to the role of Director of Communications.

Serving the past three and a half years as the Director of Media and Community Relations, Evenson will continue to lead the media and community relations efforts of the Bowl and Independence Bowl Foundation. With the departure of former Director of Marketing and Memberships, Logan Lewis to be the Executive Director of the Red River Revel, Evenson will now also be tasked with leading all communications and messaging efforts of the organization – including all communications, marketing and advertising, and digital and social media.

At 28, Evenson will embark on his fifth year with the Independence Bowl in August 2022, and he has helped advance the bowl’s media relations efforts over the past three and a half years. In his time with the Bowl, Evenson created the Inside the I-Bowl Podcast and Newsletter series, which have increased the exposure of the organization. He has also continued to enhance aspects of media relations – such as releases and stories, social media content, website and online content, publications and more.