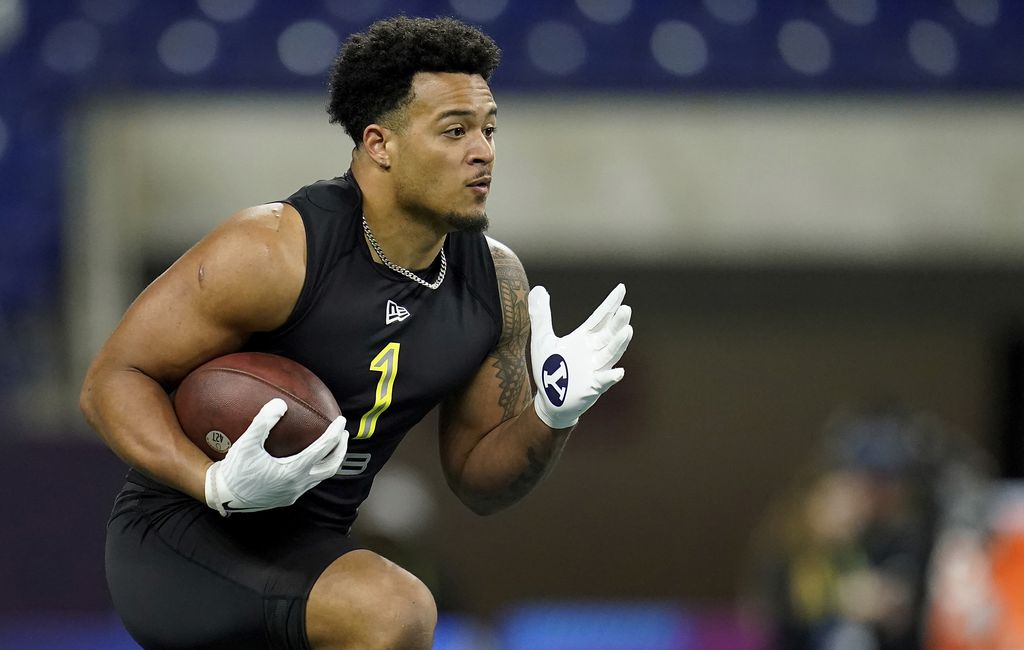 SHREVEPORT, La. (March 8, 2022) – Over 300 of the top NFL Draft prospects hit the field in Indianapolis, Ind. from March 3-6 for the 2022 NFL Scouting Combine, and six of those prospects were former Radiance Technologies Independence Bowl participants.

Three of the six players participated in the week’s staple event – the 40-yard dash. Bolden led the pack with a time of 4.47 seconds, while Allgeier and Graham-Mobley trailed behind at 4.60 and 4.63 seconds, respectively. Two players from the group participated in the bench press, as Ebiketie and Wright racked up 21 and 15 repetitions each.

The Independence Bowl alumni posted impressive numbers collectively in the vertical jump. Ebiketie led the way and finished tied for 21st among all participants with a 38-inch vertical. Graham-Mobley and Allgeier also cleared the 30-inch mark, jumping 34.5 and 33 inches apiece. Three former Independence Bowl players jumped over 10 feet in the broad jump. Ebiketie led the pack with a 10’8″ jump, while Graham-Mobley and Allgeier posted 10’4″ and 10’0″.

Various collegiate pro days will be the next step in the draft process, as prospects from all throughout the country will display their talents on their respective campuses. The 2022 NFL Draft will kick off with the first round on Thursday, April 28 – with rounds two through seven taking place on Friday, April 29 and Saturday, April 30.