1st & Give Charity Flag Football Tournament Set to Return in May 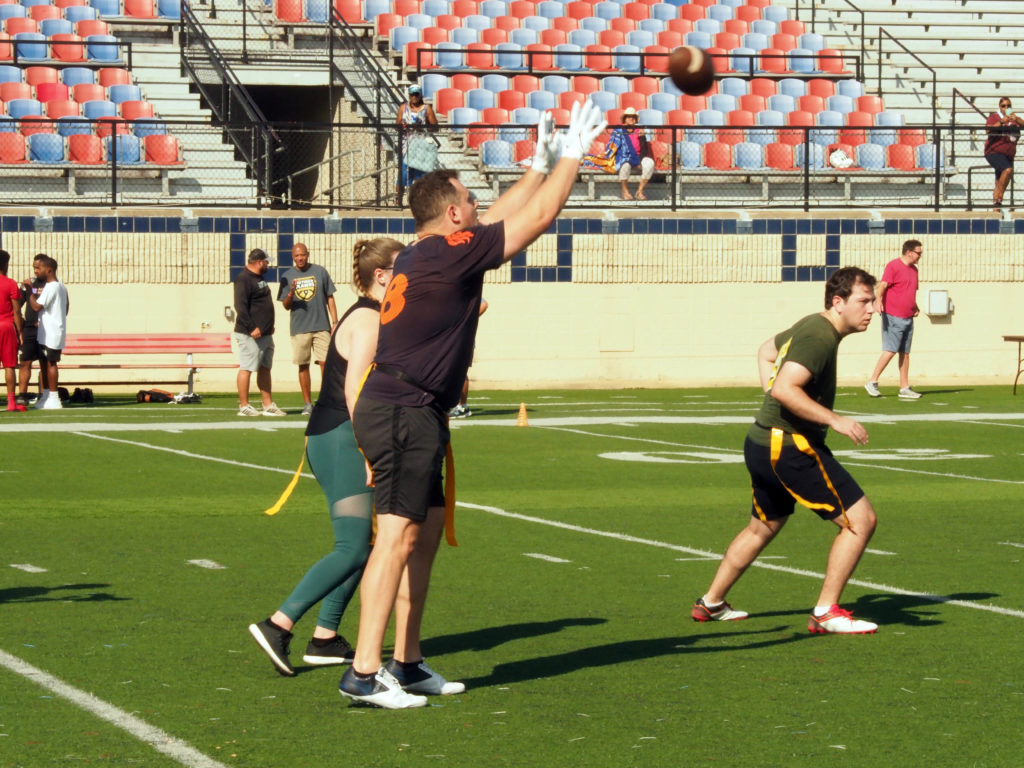 SHREVEPORT, La. (Feb. 16, 2022) – After a successful inaugural edition that raised almost $3,000 for local charities, the 1st & Give Charity Flag Football Tournament returns for a second year. The tournament will kick off on Saturday, May 7 at Independence Stadium.

Teams for the tournament must consist of at least seven players, as play will be seven-on-seven, but alternate players are recommended. All players must be at least 14-years-old, and unlike the inaugural tournament, females are not required on each team. Teams can register for the tournament through April 23, and the entrance fee for each team is $350 – with all $350 being donated to a 501(c)3 charitable organization that each team designates that they would like to donate to. Teams can register for the tournament by emailing Director of Events and Operations, Jennifer Rider, at jennifer@independencebowl.org.

The tournament play will begin at noon on Saturday, May 7. The format for the tournament will be double-elimination bracket-style, with each team guaranteed at least two games. Each game will be 20 minutes of run-clock, and the field of play will be 40 yards long. The team that wins the tournament will have additional funds donated to the charity that they are donating to. Second and third-place teams will be awarded a trophy.

Once teams and the charities they are supporting are registered for the tournament, they will be listed at RadianceTechnologiesIndependenceBowl.com/Charity-Flag-Football/, and anyone who would like to donate additional funds to any of the charities will be able to do so on that web page.

The inaugural 1st & Give Charity Flag Football Tournament made it’s debut to the community events lineup on October 8, 2021. Seven notable local organizations – including KTAL, KSLA, Cintas and Roppolo’s Insulation – played in the first-year tournament. The tournament raised a total of $2,800 for seven different local charities.