SHREVEPORT, La. (Dec. 1, 2021) – For the 16th consecutive year, the Independence Bowl Foundation and Willis-Knighton Health System are partnering to award a $2,500 scholarship to a graduating senior from both Bossier and Caddo Parishes, and the 2021 recipients of the Willis-Knighton/Independence Bowl Foundation Community Service Scholarship are Brianna Cooley from Parkway High School and Ruhani Sachdeva from Caddo Parish Magnet High School.

A program in its 16th year, the Independence Bowl Foundation partners with the Willis-Knighton Health System to provide $5,000 in scholarships each year – a $2,500 scholarship each to graduating seniors from Caddo and Bossier Parishes. The scholarship is awarded based not only on academic success, but also on a commitment to improving their community through service. $75,000 in scholarships have been awarded in the first 15 years of the program. The two recipients will be honored at the Chairman’s VIP Reception during bowl week. 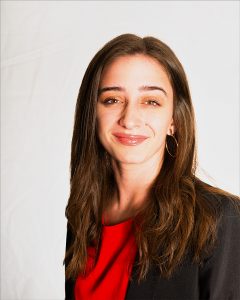 Cooley hails from Bossier Parish’s Parkway High School. She has achieved great success in the classroom – accumulating a 4.154 GPA, but she has also excelled in countless other areas. She balanced her educational success while lettering in varsity tennis, varsity cheer, varsity swim and varsity track and field.

Brianna has collected numerous honors throughout her high school career – including the Presidents Volunteer Service Award, Finalist for the Military Child of the Year, JROTC Kitty Hawk Honors Society and JROTC Superintendents Scholastic, among others.

As a military child, Cooley has been very involved in military organizations and giving back to active military, veterans and their families. She has served hundreds of hours for the Every Warrior Network with their Family Center, World Kindness Day/Kendra Scott Partnership, as a Lil Warrior Kindness Mentor and other roles. She also has worked with Giving Tuesday Military, the Military Child Education Coalition, Inspire Up Foundation and military relations division of the Bossier City Chamber of Commerce. With the Inspire Up Foundation and Military Child Education Coalition, she has worked as an ambassador, blogger and podcaster to help spread the word about the organizations and the work they do for military families and children. 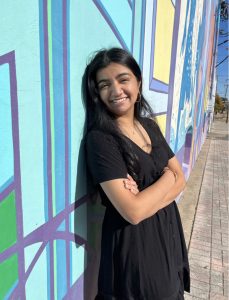 Sachdeva, the 2021 representative of Caddo Parish, is graduating from Caddo Parish Magnet High School. She has excelled tremendously in the classroom – boasting a 4.875 GPA. During her senior year, she has been named a 2021-22 National Merit Semifinalist and a Bruce J. Heim Scholar. She has racked up numerous academic honors throughout her high school career – including AP Scholar with Distinction, UN Association Ambassador Award, Louisiana State Science Bowl 3rd Place and CTMUN Honorable Delegate, among others.

Sachdeva has not only been a leader in the classroom, but also in the community, as she has put in countless hours to assist our local community. Her main service project has been “Made by Kaur,” in which she started a nonprofit Etsy shop. All of the proceeds from this entrepreneurship endeavor were donated to local and international charities. In her time, she marketed items, filled orders and accounted for business.

Tickets for the 45th Radiance Technologies Independence Bowl on Saturday, December 18, 2021 at 2:30 p.m. CST are available now at RadianceTechnologiesIndependenceBowl.com/tickets/. The 2021 matchup is slated to feature the top-15 BYU Cougars against a representative from Conference USA. The finalized matchup will be announced on Selection Sunday on December 5. Tickets start at just $30 for endzone bench seats and are $45 for sideline bench. Call the Radiance Technologies Independence Bowl office at 318.221.0712 or toll-free at 888.414.BOWL for more information.