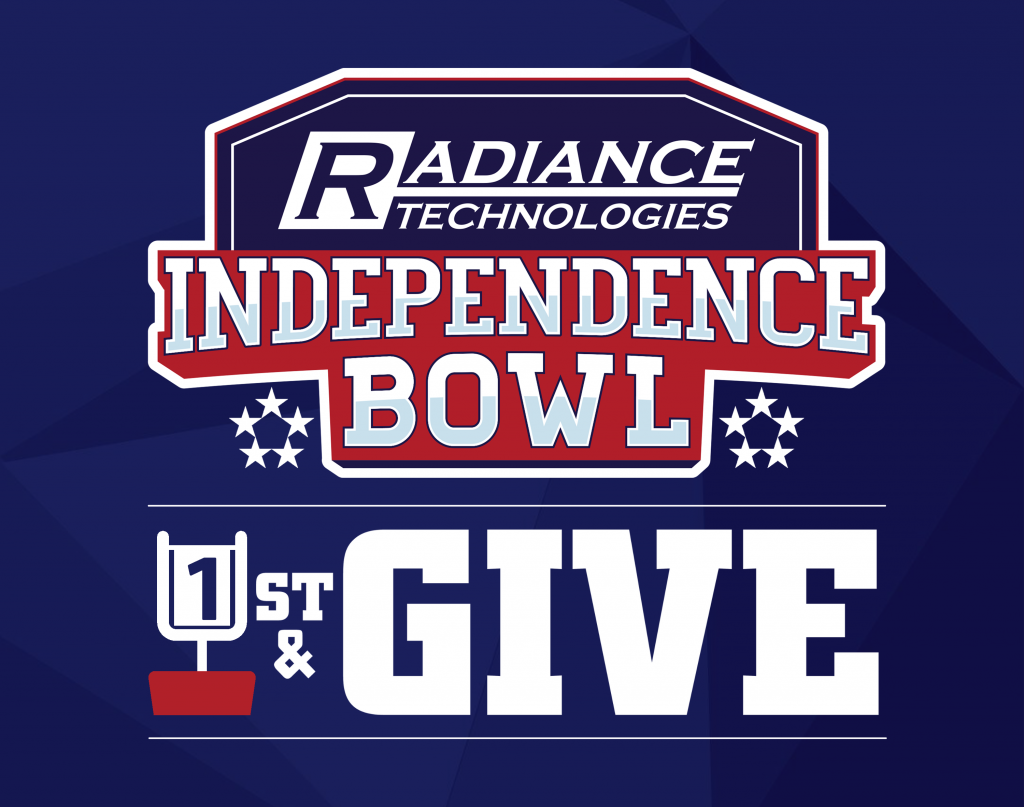 SHREVEPORT, La. (Sept. 1, 2021) – The Independence Bowl Foundation and Radiance Technologies Independence Bowl introduced on Wednesday “1st & Give” – the new philanthropic endeavor of the bowl and foundation. The first event in this newly established endeavor will be the inaugural 1st & Give Charity Flag Football Tournament at Independence Stadium on Saturday, October 9. 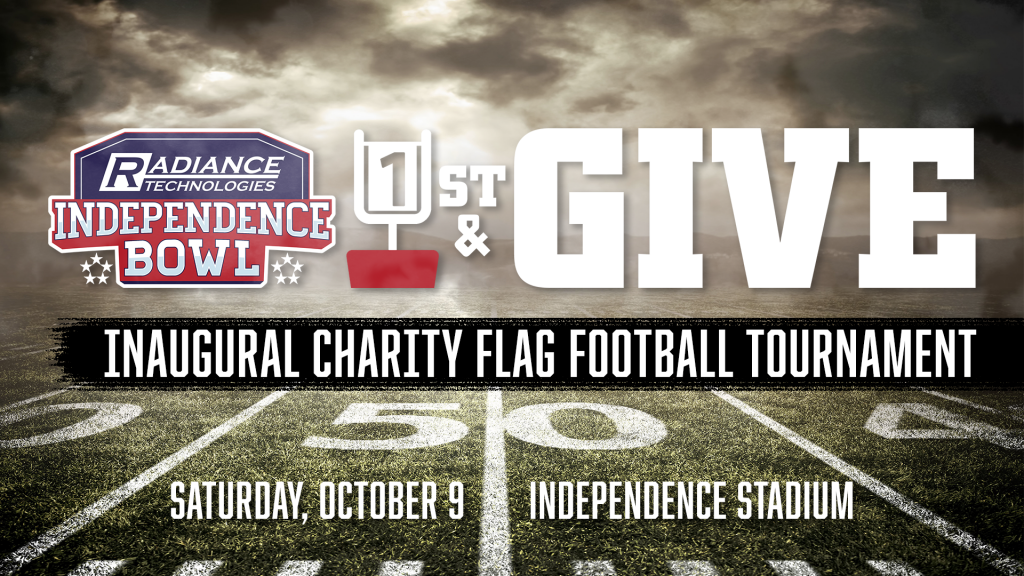 The inaugural 1st & Give Charity Flag Football Tournament is scheduled for Saturday, October 9 at Independence Stadium. Each team will consist of seven players – including at least two female players, and the entry fee for each team is $350. The full entry fee will be donated to the 501(c)3 charitable organization of each team’s choice. Players must be at least 18 years old.

The tournament will be seven-on-seven flag football with play beginning at 10 a.m. It will begin with group play between teams in their respective divisions. Following group play, the highest-ranking teams from each division will advance to the playoff bracket to decide the winner of the tournament. The teams that come in first, second and third in the inaugural event will have the money in the pool donated to the charities that they chose to donate to.

“This is the most excitement our organization has had for a new event in a long time. Our goal with the 1st & Give Charity Flag Football Tournament is to provide a great avenue for the Independence Bowl and the other great businesses and organizations in our community to give to those in need,” explained Setters. “We want to create a fun environment for people in Shreveport-Bossier City to spread the giving to all the great charitable organizations that help serve our community.”

Notable local and regional organizations that have already submitted a team include KTAL News 6/KMSS FOX 33, KSLA News 12, Cintas and Roppolo’s Insulation. Roppolo’s will be supporting the Giving Bak Foundation as their charity. To submit a team, contact the Radiance Technologies Independence Bowl office at 318.221.0712 or email Logan Lewis at logan@independencebowl.org or Jennifer Rider at jennifer@independencebowl.org.