Marcus Spears to be Featured Speaker at Kickoff Dinner 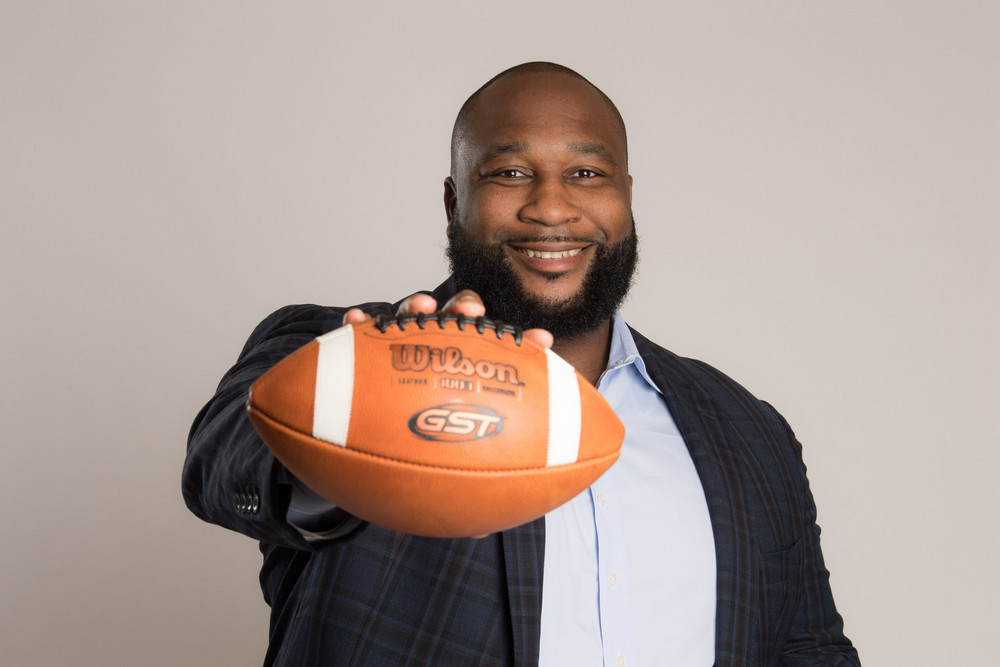 “I’m thrilled to come home to Louisiana and talk football this July!,” said Spears.  “The Radiance Technologies Independence Bowl has a long history in the state and always delivers a great match-up for bowl season.”

Returning for the first time since 2019, the annual Kickoff Dinner is slated for Saturday, July 10 at the Shreveport-Convention Center. Dinner will be served at 6 p.m., while the program begins at 6:45 p.m. Spears – the former LSU star – will begin speaking at approximately 7:15 p.m. with a brief audience Q&A to follow. The doors to the Shreveport Convention Center will open at 5:30 p.m.

Individual tickets to the 2021 Kickoff Dinner are $50 apiece, while a table for eight is $400 apiece. Tickets can be purchased online at RadianceTechnologiesIndependenceBowl.com/product/kickoff-dinner-21/ or over the phone by calling the Radiance Technologies Independence Bowl office at 318.221.0712 or toll-free at 888.414.BOWL.

“Marcus Spears entertained and delighted the LSU and Dallas Cowboys faithful with his exploits on the gridiron – including a key pick-six against Oklahoma in the 2004 BCS National Championship, but he now entertains and keeps football fans informed and laughing as a nationally-recognized sports broadcaster for ESPN,” noted Independence Bowl Foundation Chairman Frank Auer. “I am certain we will all be entertained and delighted in our time with him at the 2021 Radiance Technologies Independence Bowl Kickoff Dinner.”

Hailing from Baton Rouge, La., Spears journey to stardom began in south Louisiana as a two-sport high school star in football and basketball. He went to play for his hometown LSU Tigers from 2001-2004 – playing under two-time Radiance Technologies Independence Bowl head coach Nick Saban. Spears played tight end, fullback and defensive end in his four years at LSU but starred as a defensive end in Saban’s dominant defense beginning in his sophomore year. He helped lead the Tigers to two SEC Championships in 2001 and 2003, as well as LSU’s first national championship since 1958 with the 2004 BCS National Championship title. Spears was a two-time first team All-SEC selection in 2003 and 2004, and he was named a consensus All-American in 2004.

Following his successful career at LSU, Spears was drafted with the 20th selection in the first round of the 2005 NFL Draft by the Dallas Cowboys. He went on to play defensive end for nine years in the NFL – playing for the Cowboys from 2005-2012 and the Baltimore Ravens in 2013. 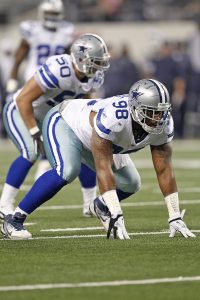 After the completion of his NFL career, “Big Swagu” entered the sports media world – starting with analysis on the SEC Network’s flagship Saturday morning football pre-game show SEC Nation alongside Tim Tebow, Paul Finebaum and Laura Rutledge. Spears was also a regular guest on the Paul Finebaum Show, and he launched his own show on SEC Network with Greg McElroy and Alyssa Lang, Thinking Out Loud.

Spears became a rising star in the sports media world, and that tremendous success on SEC Network prompted him into focusing on the NFL with ESPN. He began appearing on NFL Live in 2019, which led to his new full-time focus as an NFL analyst with ESPN in June 2020. In addition to his regular role on NFL Live, Spears is also a regular contributor on Get Up, SportsCenter, First Take and a multitude of other ESPN television and radio shows.

Many of football’s most recognizable coaches and players have been featured speakers at the annual Independence Bowl Kickoff Luncheon and Dinner throughout the history of the event. The distinguished list of speakers featured at the event include Devin White, Drew Brees, Steve Spurrier, Herschel Walker, Archie Manning, Emmitt Smith, Jason Witten, Lou Holtz, Bobby Bowden and Terry Bradshaw.