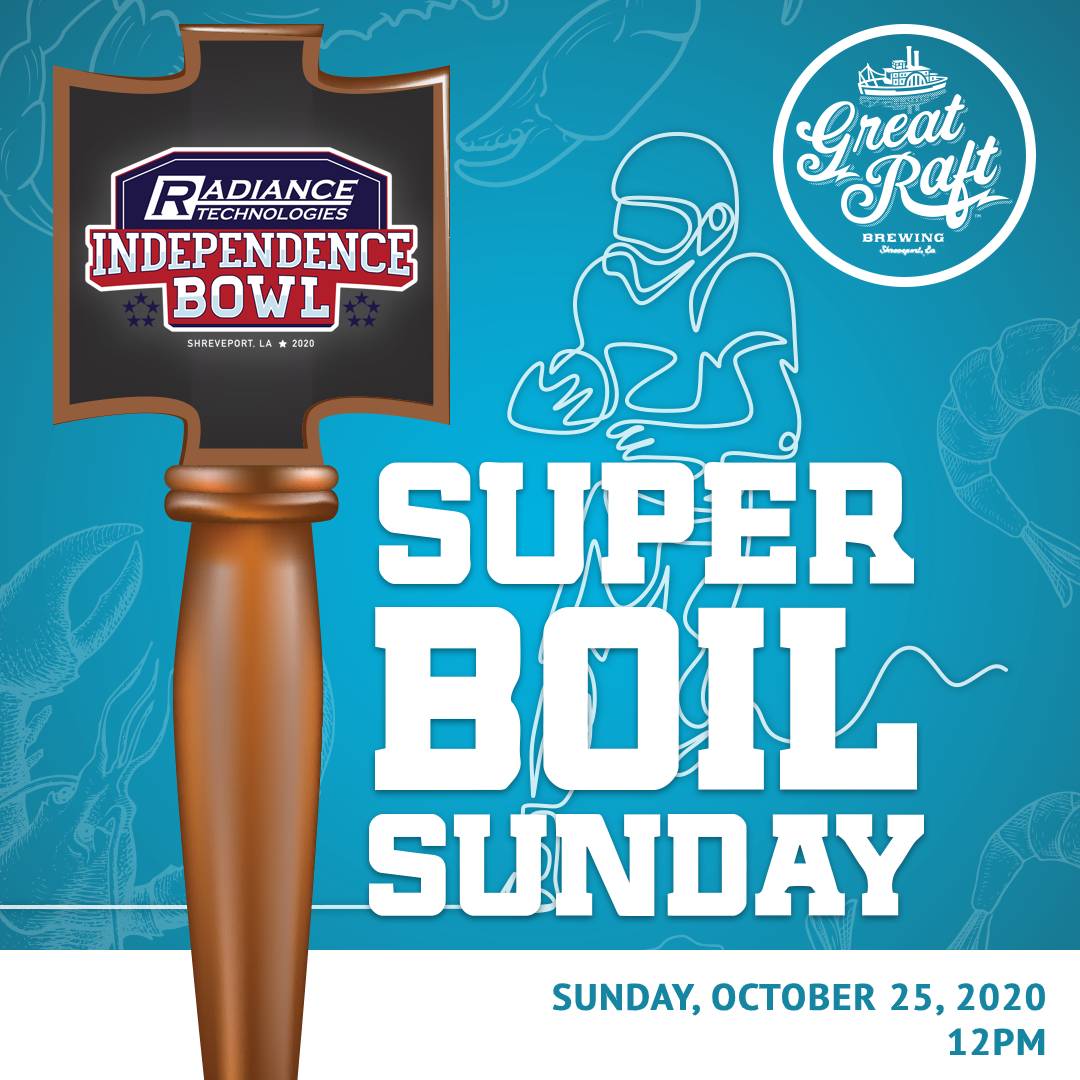 Due to ongoing changes in state regulations as a result of the COVID-19 pandemic, the Independence Bowl Foundation event – Super Boil Sunday – will be moved to the Independence Stadium field and has shifted to a member and member-guest-only event, in compliance with the state and local COVID-19 regulations on public gatherings.

Super Boil Sunday is still slated for Sunday, October 25 from 12-3 p.m., and the event will still feature boiled shrimp, fried fish and char-grilled oysters courtesy of Louisiana Seafood and Shaver’s Catering, as well as beer from Great Raft Brewing. The noon National Football League games will be aired on the main video board of the stadium.

This event was previously scheduled as the Annual Crawfish Boil in May but was re-scheduled as Super Boil Sunday due to the shifting state and local COVID-19 regulations. Super Boil Sunday is now for current Independence Bowl Foundation members and member-guests only. To purchase or renew a foundation membership, visit www.radiancetechnologiesindependencebowl.com/foundation-membership-purchase/.

The Independence Bowl Foundation asks that members comply with state and local regulations on public gatherings – including the wearing of face masks to and from tables and standard social distancing guidelines, and members are asked to consider RSVPing for either the first or second half of the event to remain under the capacity on public events established by the state of Louisiana. Priority will be given to those who RSVP. Members can reserve their spot for the event by contacting the Radiance Technologies Independence Bowl office at (318) 221-0712.