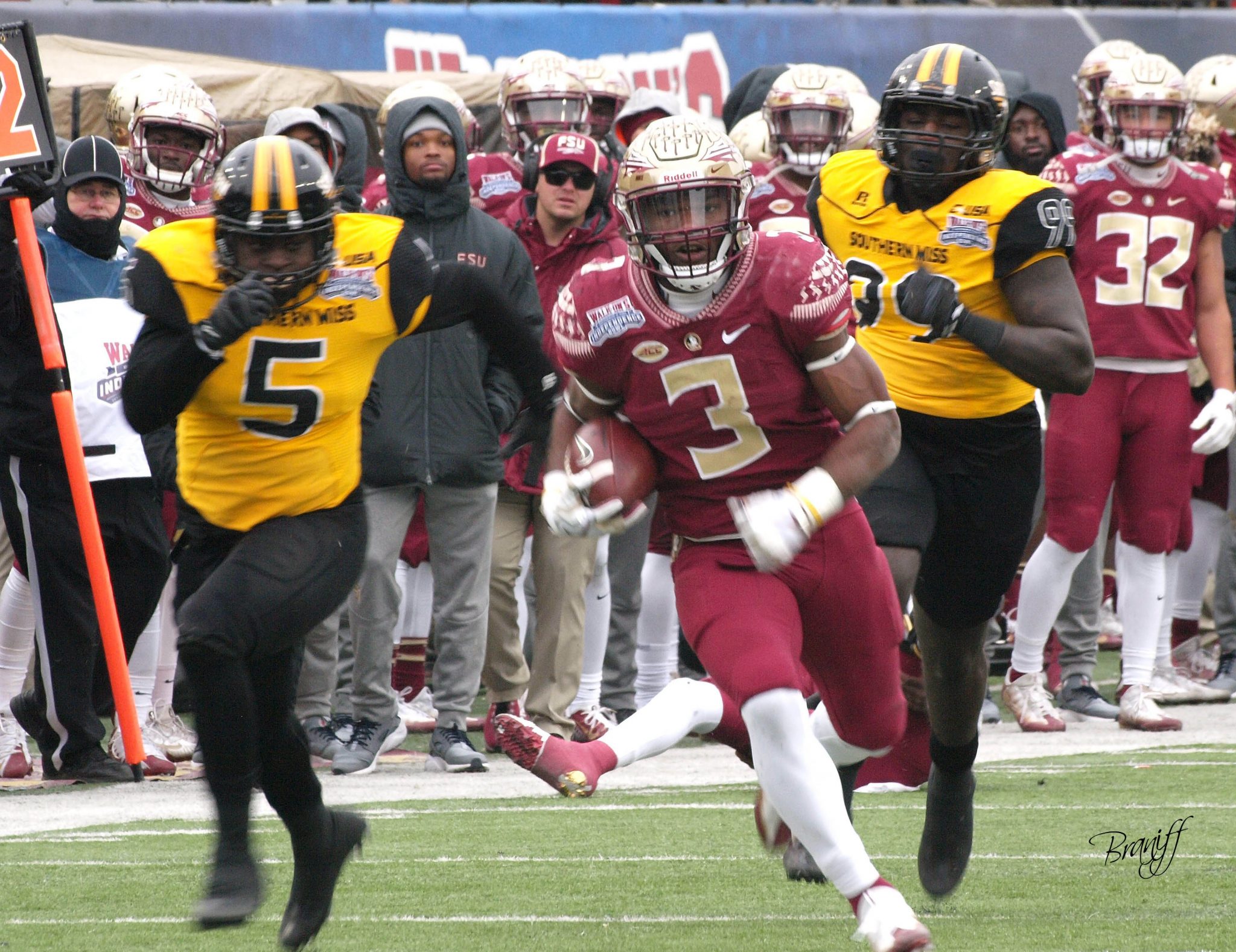 Although no players were added to the list of 72 Independence Bowl alumni taken in the first round of the NFL Draft throughout the years, there were nine alumni drafted in the seven-round 2020 NFL Draft.

Former Florida State running back Cam Akers was the highest selection – going in the second round to the Los Angeles Rams with the 52nd overall pick. He was followed by one more day two selection, as former Temple center Matt Hennessy was selected with the 78th overall selection by the Atlanta Falcons. Seven more players were taken on Saturday between the fourth and seventh rounds, bringing the grand total to nine players selected in this year’s NFL Draft. Temple led the way with three players selected in the draft. The full list is as follows: