Independence Bowl Gearing Up for Kid Combine at Crawfest 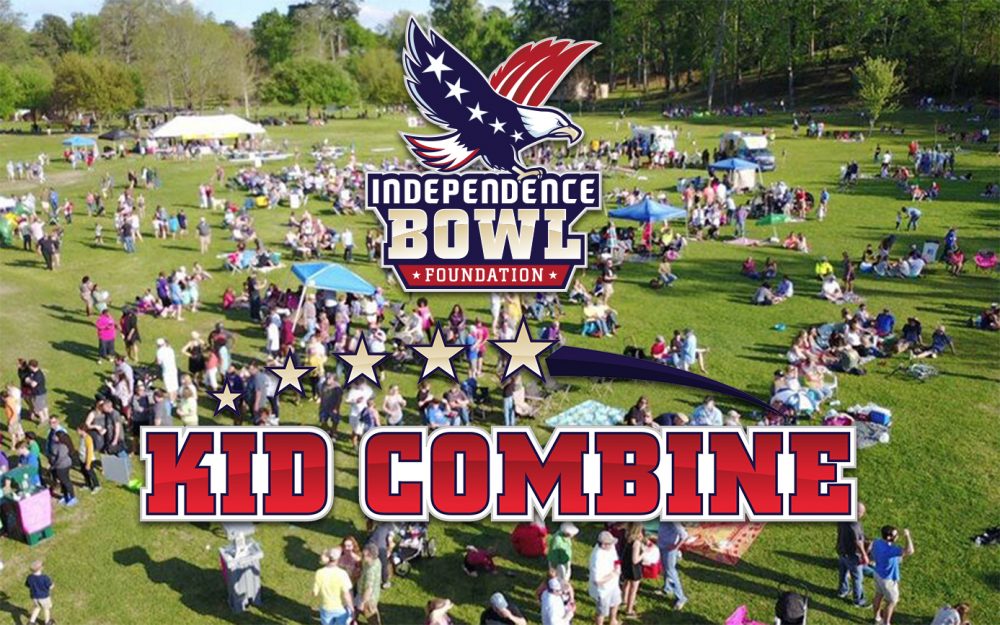 UPDATE (March 16): Crawfest 2020 at Betty Virginia Park has been postponed. For updates on the event, follow the Crawfest Facebook page @CrawfestShreveport.

The first Independence Bowl Foundation event on the slate for 2020 is the fourth-annual Kid Combine at Crawfest on Friday and Saturday, March 20 and 21. The Kid Combine will be from 5 p.m. to 7:30 p.m. on Friday night and 10 a.m. to 6 p.m. on Saturday.

Kid Combine takes aspects of the NFL Scouting Combine, such as the 40-yard dash and shuttle drill, and allows youth ranging from ages five to 13 to compete in similar events. The event comprises of four drills – The 40, The Shuttle, The Throw and The Tackling Bags. The top performers from the competition at Crawfest will have the opportunity to compete on the Independence Stadium field during the 2020 Independence Bowl. The Independence Bowl has once again partnered with D1 Training to assist in operating the Kid Combine.

Fans that renew their Independence Bowl tickets at Crawfest will have the $15 processing fee on the order waived and will receive a coupon for a free quesadilla from Dilla’s Quesadillas. Further information, including dates and deadlines, on ticket renewals and public ticket sales for the 2020 Independence Bowl will be released at a later date.

Gearing up for its fourth year, Crawfest will once again be held at Shreveport’s historic Betty Virginia Park on March 20 and 21. The event features live music at the core of the event, with regional and national bands performing both days on two stages. The second stage is being added for the first time this year – dedicated to highlighting Louisiana talent.  In just a few short years, Crawfest has grown from a one-day, one-stage event – to a two-day, two-stage festival – giving patrons a full weekend of live music, food, art, drink and fun in the park.