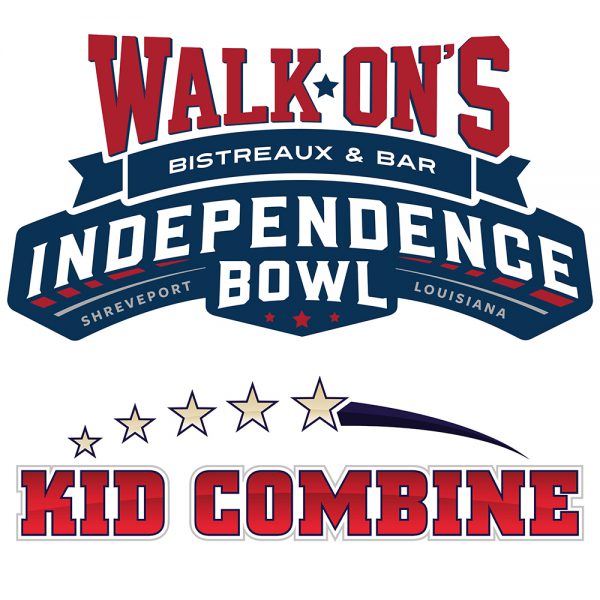 The Walk-On’s Independence Bowl Kid Combine enters its third year of existence this weekend, as the event will kick off 2019 at the third-annual Crawfest at Betty Virginia Park on Friday and Saturday/

Kid Combine takes aspects of the NFL Combine and allows kids to participate in similar events. The youth, ranging from ages five to 13, compete in four drills – The 40, The Shuttle, The Throw and The Tackling Bags. The top performers from the competition at Crawfest will have the opportunity to compete in their prospective drill on the Independence Stadium field at the 2019 Walk-On’s Independence Bowl.

Crawfest, which has been expanded to two days for the first time, takes place this Friday and Saturday, March 22 and 23 at Shreveport’s historic Betty Virginia Park. Crawfest, as well as Kid Combine, is a free admission event. The festival will feature live music from local artists Friday night and all day Saturday, and fresh boiled crawfish, burgers, jambalaya and drinks will all be available for sale.