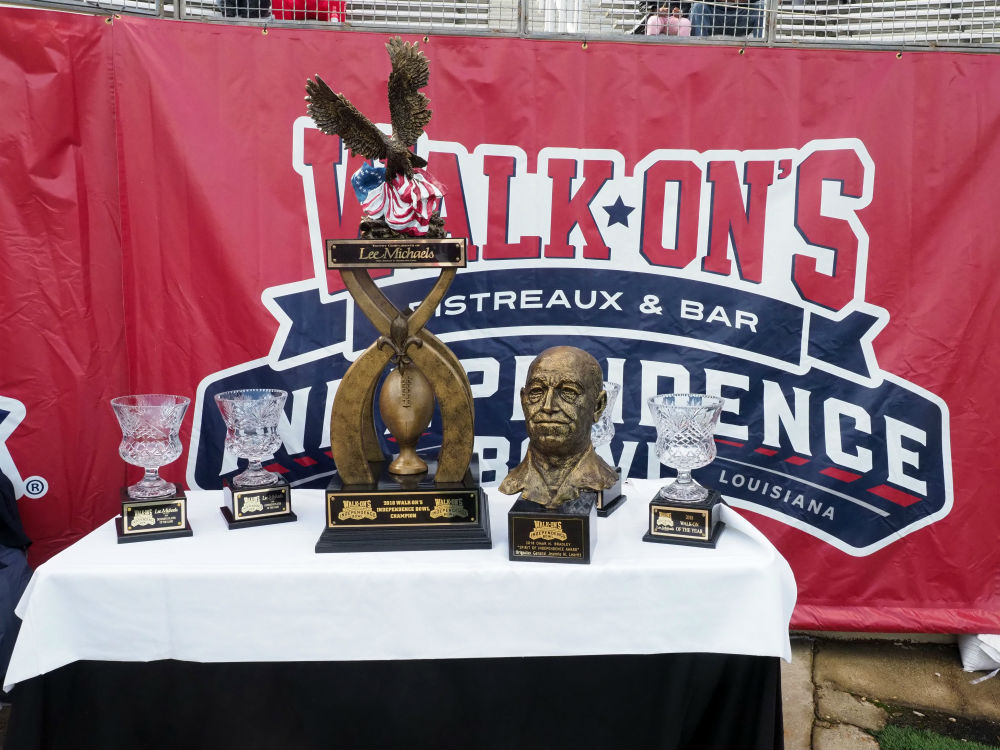 The Walk-On’s Independence Bowl continued to further the education of young students in 2018, as students from the Ark-La-Tex region and across the nation gained valuable experience during bowl week and throughout the year.

Two students in particular who gained experience throughout the fall were Matt Valcho, a 2018 sports management graduate of Louisiana Tech University, and Matt Fortenberry, a recent Louisiana Tech graduate. Both spent the fall as interns for the Independence Bowl Foundation, working with ticket sales, marketing, corporate fulfillment, game-day operations and other fields.

“Working this year’s Independence Bowl was a great experience. I learned a lot from the staff and the assorted volunteers that make the game possible,” said Valcho. “I’m definitely going into sports as a career and working this year’s bowl only reinforced that desire.”

“I had the privilege of traveling from Philadelphia, Pennsylvania to Shreveport, Louisiana to assist in marketing and operations for the 2018 Walk-On’s Independence Bowl. While there, I helped with pre-game set up and the preparation of breaking the world record for making the largest pot of gumbo! I also got to help post sponsorship signage, set up the Media Room and watch Temple and Duke warm up,” Meals explained on her experience.

“During the game, I had the ability to run in-game promotions and help raffle off a truck! Logan was very thorough throughout the whole process. He got back to me the day I inquired and kept me updated with the changing timing sheets on Christmas. He trusted me and let me take lead on a lot of the promotions that were happening, and overall made sure I had a once in a lifetime experience! I am very grateful for him and the rest of the team that made my travel worthwhile. Who knows, maybe I’ll find myself on the sideline again in the future!”

Arkansas State was represented with the most students, as a group of seven students traveled to Shreveport to help on game day.

“Out of the many different events we volunteer at as a club, the Independence Bowl gave us the best overall experience,” noted Arkansas State sports management student Kaleb May. “It did so by allowing us to be a part of planning events before the game, and being on the sidelines during the game!”

Overall, the 2018 Walk-On’s Independence Bowl provided over 13 students from four different universities the experience of bowl week and game day. As it does every year, the bowl provided an invaluable learning experience that will help young adults in their careers. The complete list of students who helped with the 2018 Walk-On’s Independence Bowl is as follows: