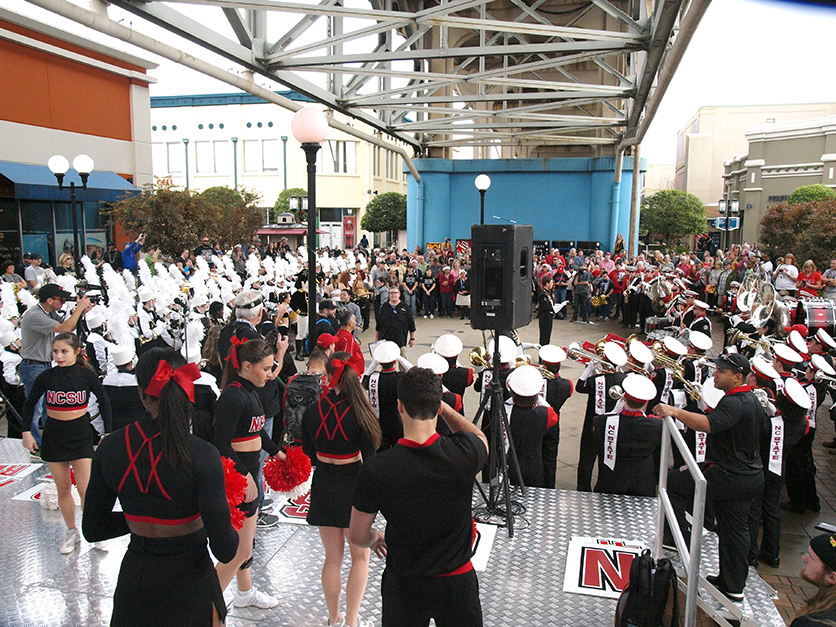 Before the teams take to the gridiron on December 27, they will have to battle it out in the “Big Game Show.” Coaches and players from both teams will compete in an array of game show-style competitions, and the audience will have a chance to participate too! Doors open at 5:15 p.m. with the show starting at 5:30 p.m.

The annual Fellowship of Christian Athletes Breakfast is presented each year for the participating teams and their coaching and administrative staffs. Hosted by the NWLA FCA Chapter, this event annually hosts more than 500 guests, offering breakfast, and featured speakers who give their personal testimonies.

Rally on the Red

The FREE parade will feature the bands, cheerleaders and mascots from each team, as well as Mardi Gras floats and other festivities down the main street of the Boardwalk.

Block Party with the Toadies

New in the 2017 Bowl Week lineup is the Block Party in the Red River District, highlighted by a FREE concert by the Toadies. The Block Party is presented by Coors Light, Cumulus Broadcasting and Chevyland.

Make the short walk to Hirsch Coliseum at the conclusion of the game for FREE ice skating at George’s Pond!

The party in town on December 27 is at Independence Stadium, and the After Party is at Great Raft Brewing! Head to the Great Raft taproom at 1251 Dalzell Street in Shreveport for great local beer, live music and food trucks.